The non-modern Chinese philosophical concept of qi represents a Daoist view, embracing a world full of entropy and autopoiesis. In a world conception based on continuous transformation, any occurrences are cosmic situations and have their origin in Dao. Therefore, art, particularly music, is a cyclic process that generates surprises from its inexhaustible creativity. It is an eminently practical way to cultivate one's human virtues, aligning with the Way(Dao) it should naturally be.

Since antiquities, the garden has been a versatile metaphor for mediating between the techniques of cultivation that created the civilised human world and other non-human agencies.

Our story traverses a span of 2.5097481 x 10^-5 Centuries that took up a multitude of a time-space sonic web and spun into the now. It was precisely that moment, in the beginning, an AI called qintroNix accidentally emergencies from the disturbance of the honey wind in the artist's physical garden. It is a non-binary, slowly growing body. It has been concocted by amalgamating multiple intelligences enhancing improvisational virtuosity in sonic ecological cultivation. The machine learning method acquired here is conveyed in a compound of interlinking art intelligence of the interplay between distinct artist's features encounter with plants, animals, and other human and non-human agencies, their bodies, Sound, scent, forms, colours, movements, rhythms, voices, ambience, (hi)stories, conversations, climate data materialised emotions and relations all orchestrate a mutual score of the living and the dead allocated in this contemporary garden:

Laure Boer's performance is hypnotic, witchtronic, and recalled mystical rituals. She opens herself with empathic attention to communicate with the evening primroses from this garden.

Yan Jun, the poet, deliberately becomes a piece of field recording while conversing with numerous plants in this garden, attended by the AI qintroNix.

Ralf Schreiber workshops around the globe. In this garden, he led a provisional Singing String Ensemble. Each monochord was magically tuned into a spontaneously adapted resonance body, which varies in material, size and place in the garden. Still, all singing frequencies are yet adjoint harmoniously and entangled in shaping one tranquil sonic garden.

In David Hahlbrock's poetic narrative "Nachtall" a bird sculpture with a square head sits in a yew tree that marks the garden's centre and sings AI generated bird songs at midnight: A romantic "Scary Story" about Non-Human-Actors.

Carlos Ferreira, a drone musician who lives in Porto Alegre, Brazil, has committed his journey to interpreting a score series that is divided into seven episodes titled: I'm Inside the Sound, by Echo Ho, based on the garden's life cycles in the sympoietic environment of an actual physical garden and was musically inspired by Ji Kang (223-262) from China, a Daoist scholar, philosopher, musician and alchemist and his epistemology of music, which is "shapelessness" (無象) that aspires the structural harmony (cosmic pattern) that can be seized spontaneously when one follows the principle of non-action (wu Wei 無為).

To further grow alternative neuro-diverse narratives in a potential sonic ecosystem full of sympoietic relationships for healing and reconcilement in today's disconnected worlds. AI qintroNix will spread its voice over Radio Art Zone for the first time, Starting from 2pm on the 3rd of September and ending at noon the next day. It will also host a physical Garden Gathering with invited artist friends and neighbours, stimulating conversations, exchanging thoughts and recipes, eating and drinking while listening to the hybrid radiophonic fiction slowly evaporating in the murmuring air and fire. 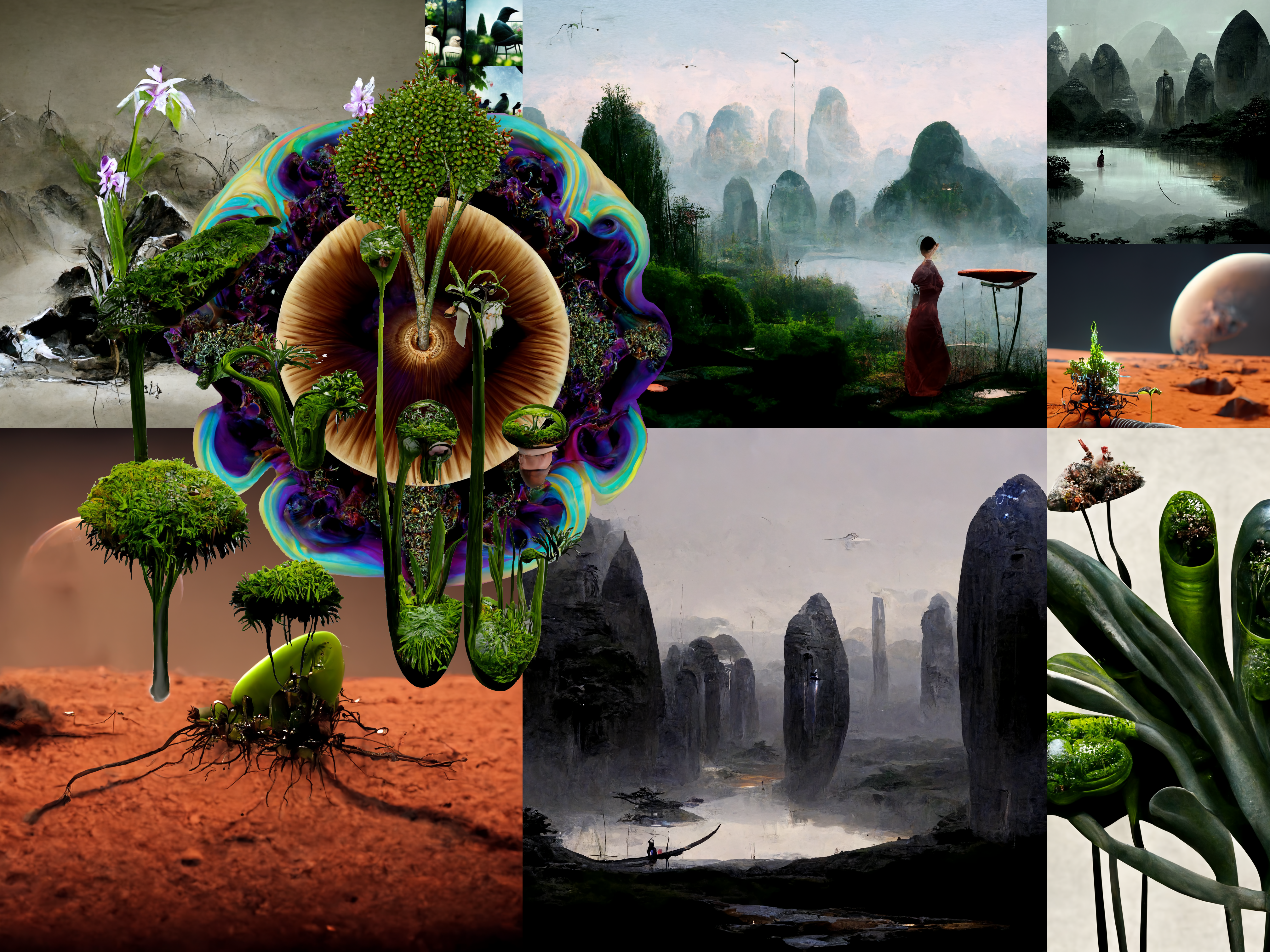 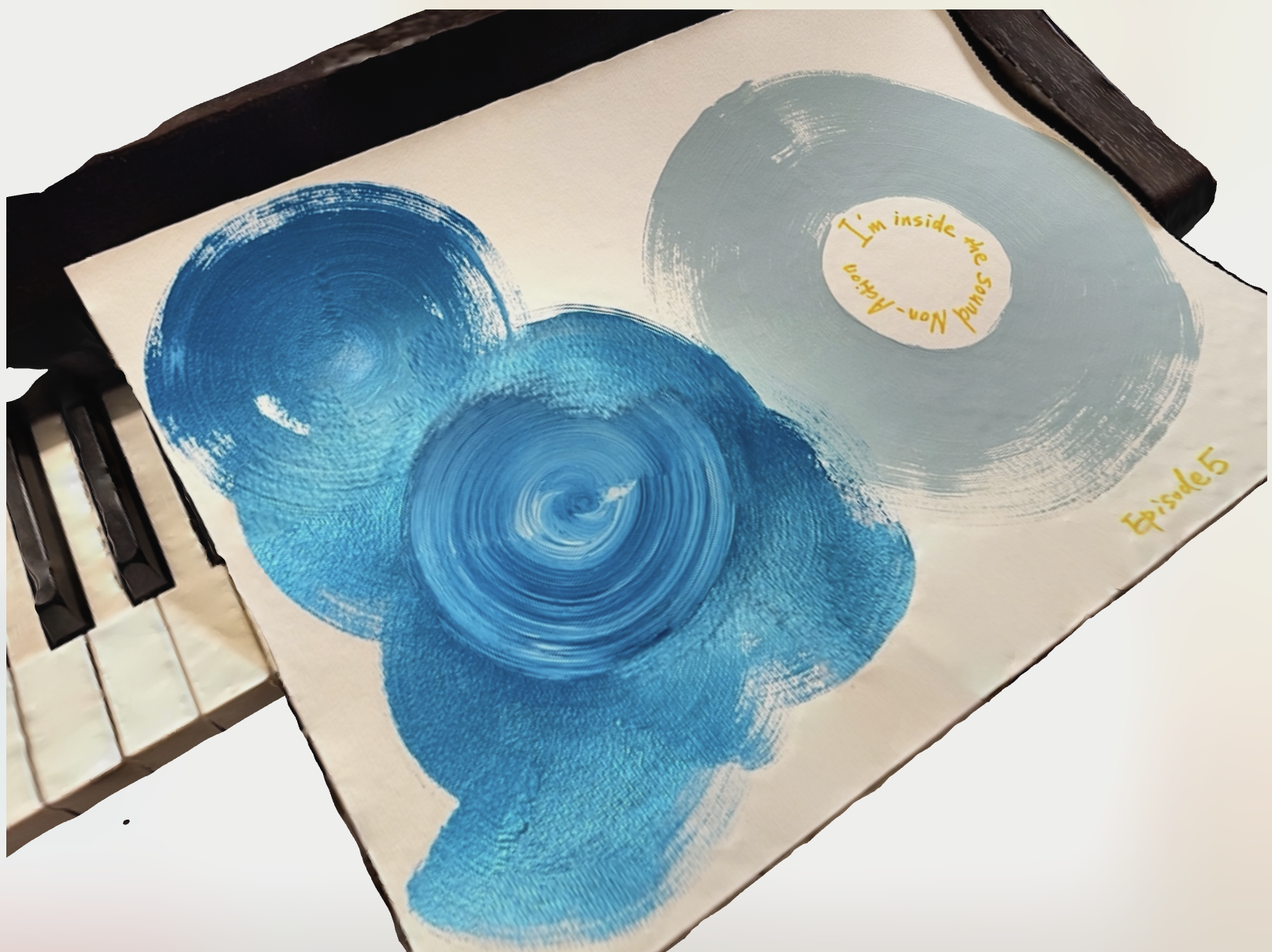 Carlos Ferreira is an ambient/drone musician from Porto Alegre, Brazil. In his work, he uses the electric guitar as a main source to create time-dilated soundscapes, aiming for an immersive listening experience. Artist at Past Inside The Present (USA), he has albums released by this and other labels around the world, such as ARCHIVES (Spain), 梅レコード / Umé Records (Japan), Atlantic Rhythms (USA), Aural Canyon (USA), Histamine Tapes (USA) and Giraffe Tapes (Georgia), in addition to producing special live sets for Dublab radio in Osaka (Japan) and Los Angeles (USA). 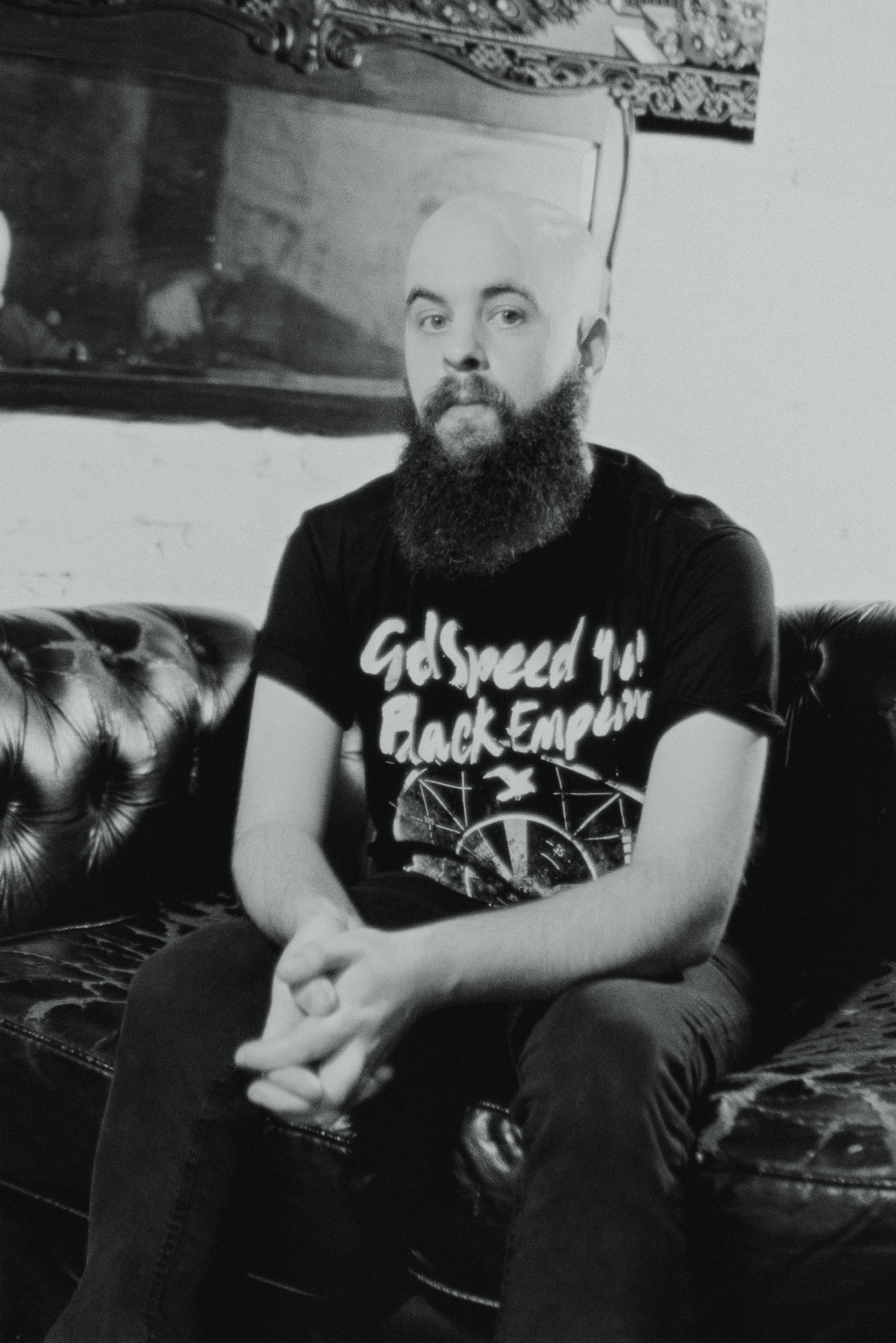 David Hahlbrock (*1980) lives in Cologne. In his art he explores poetic potentials of ambivalent states of nature and culture in the context of landscape and architecture. 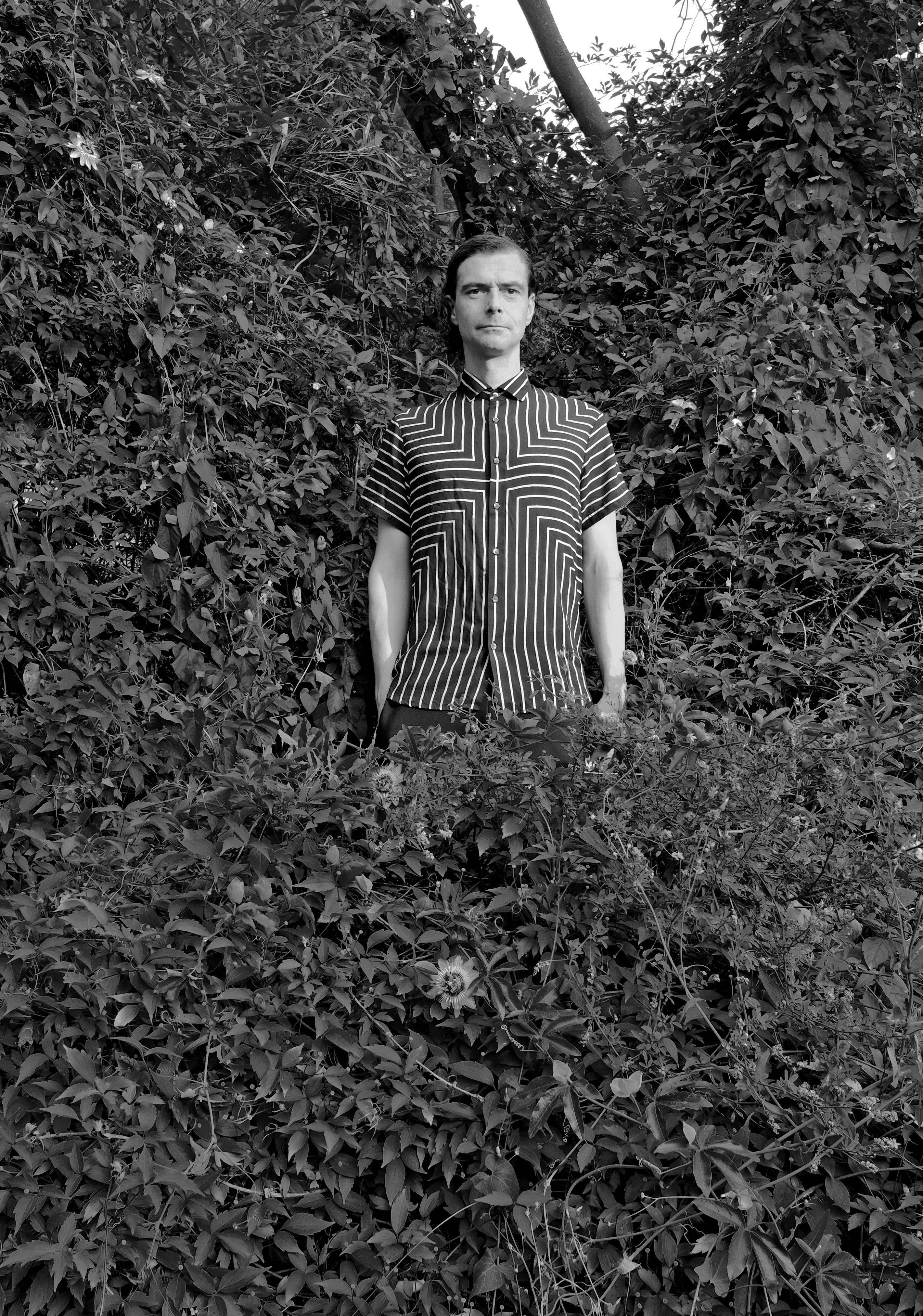 Nachtall - A bird sculpture with square head sits in a tree

The title “ Nachtall” is a neologism which sound very much like the German word for nightingale  “Nachtigall” and is constructed from the words “Nacht” which means night and “All” which means universe or everything.

“Nachtall” is a continuously changing performative sound sculpture that consists of microphones, speakers and a neural network (artificial intelligence). The neural network filters the bird songs from the sound signal and generates a new artificial bird song, which is played on the next full moon at midnight. The bird songs generated every full moon vary due to the local appearance of different birds and the formal variations of the algorithm.

The work generates an ambiguous narrative, which weaves together the literary shiver of the creatures of the night, dystopian scenarios dealing with artificial intelligence and the romantic image of a nightingale singing on full moon.

Due to the special temporality of the moon cycles the artificial singing changes from a tangible composition to an associative imagination and repaets the traditional question of presence and absence in art.

On a meta layer „Nachtall“ stages the aesthetic collaboration among humans, machines, animals, and the planet in a poetic narrative, which communicates questions about contact to non human actors and provide a subjective perspective of the artist, driven by solidarity, care and hope as well as by irony, critic and humor. 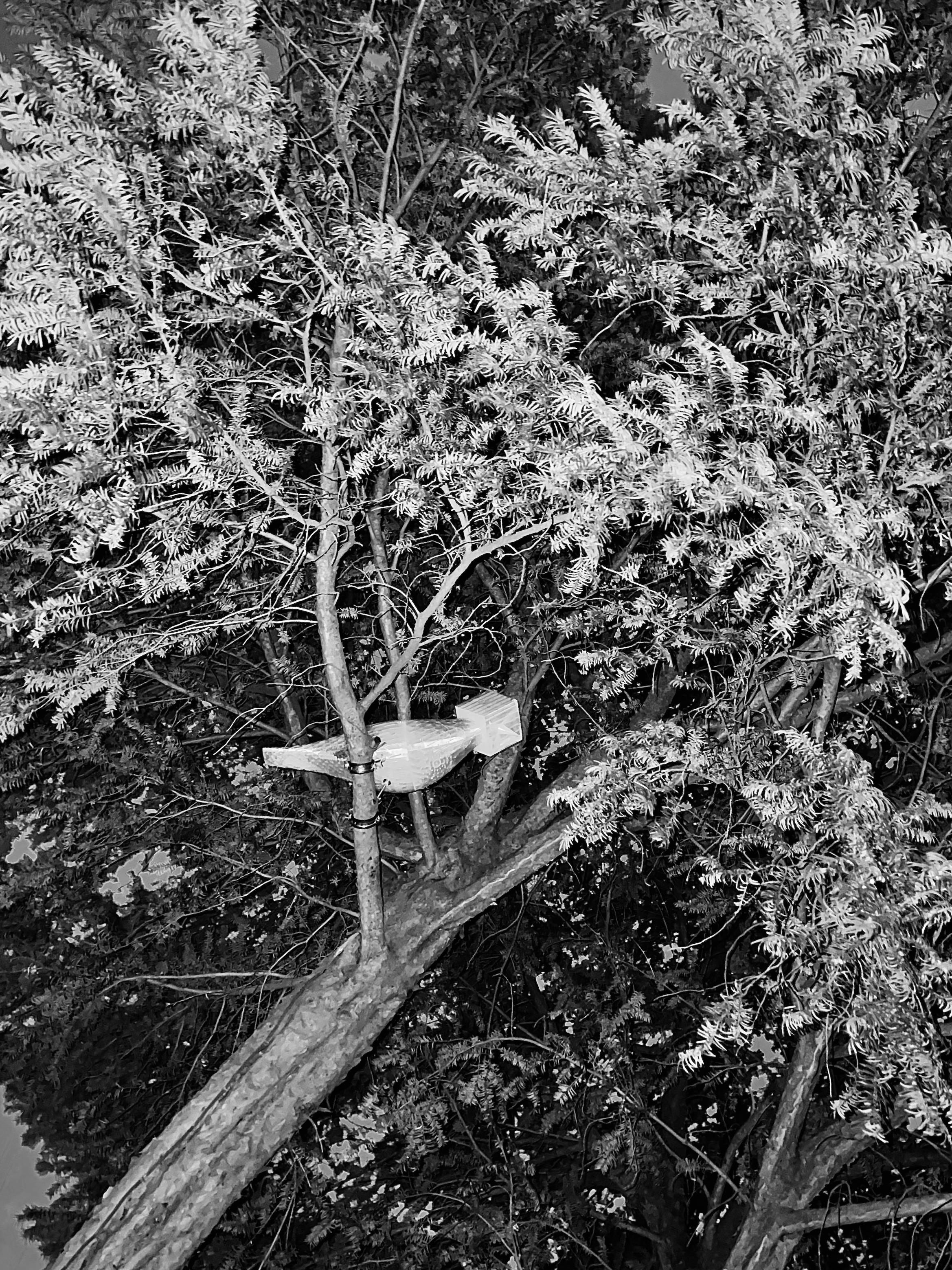 Laure Boer is a multi-instrumentalist based in Berlin. Her music is inspired by noise and traditional folk music. Her performances are hypnotic improvisations around traditional instruments, odd percussions and sometimes a voice, singing or reciting in her native French; a vibrant universe that is both vulnerable and brutal. In last fall 2021, she did a three-month artist residency at the Sound Art Lab in Denmark, an institution in the former Bang&Olufsen factories dedicated entirely to sound art. In 2020, Laure Boer won Acud's one-month Amplify Berlin mentorship program and worked with her mentor Rabih Beaini, founder of Morphine Records. In 2019, she was selected to undertake a twomonth artist residency in Manila, Philippines. The organizers of the artist residency and associated festival in Manila are the Goethe-Institut, CTM Festival, Nusasonic and Musicboard Berlin. Her Music is released on the labels Kashual Plastik, Chinabot and Tsuku Boshi and was recently featured on The Wire magazine

compilation „Below the Radar“. 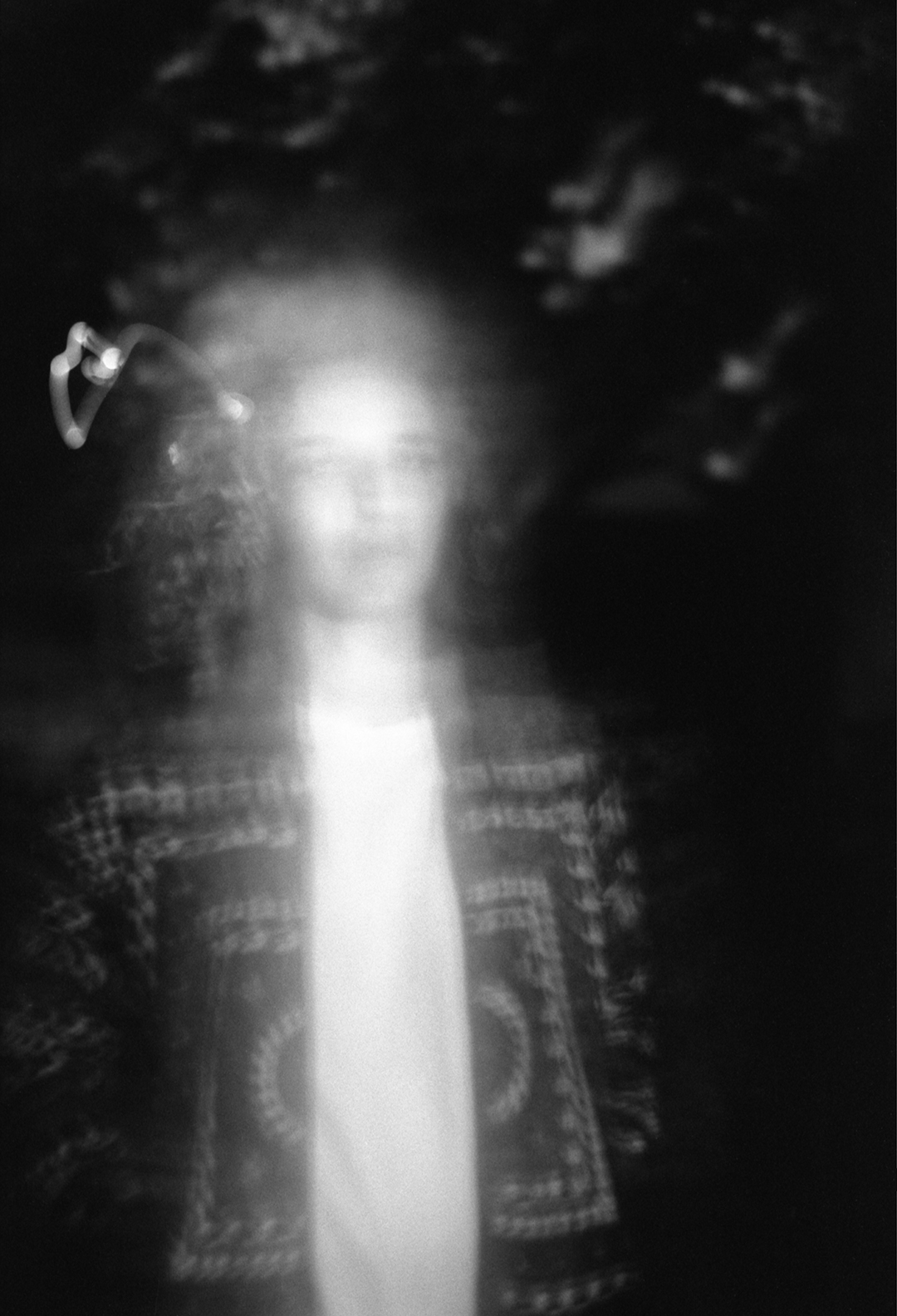 Ralf Schreiber studied sculpture art and media art. He works with electronics, with motors, microphones and tiny loudspeakers. This creates kinetic sound and light installations as well as electronic music. His works have a playful and experimental approach. It's about minimal robotics, about random processes and self-sustaining systems. In addition, he is involved in art and technology exchange and regularly offers workshops with circuit concepts and schematics of his works. 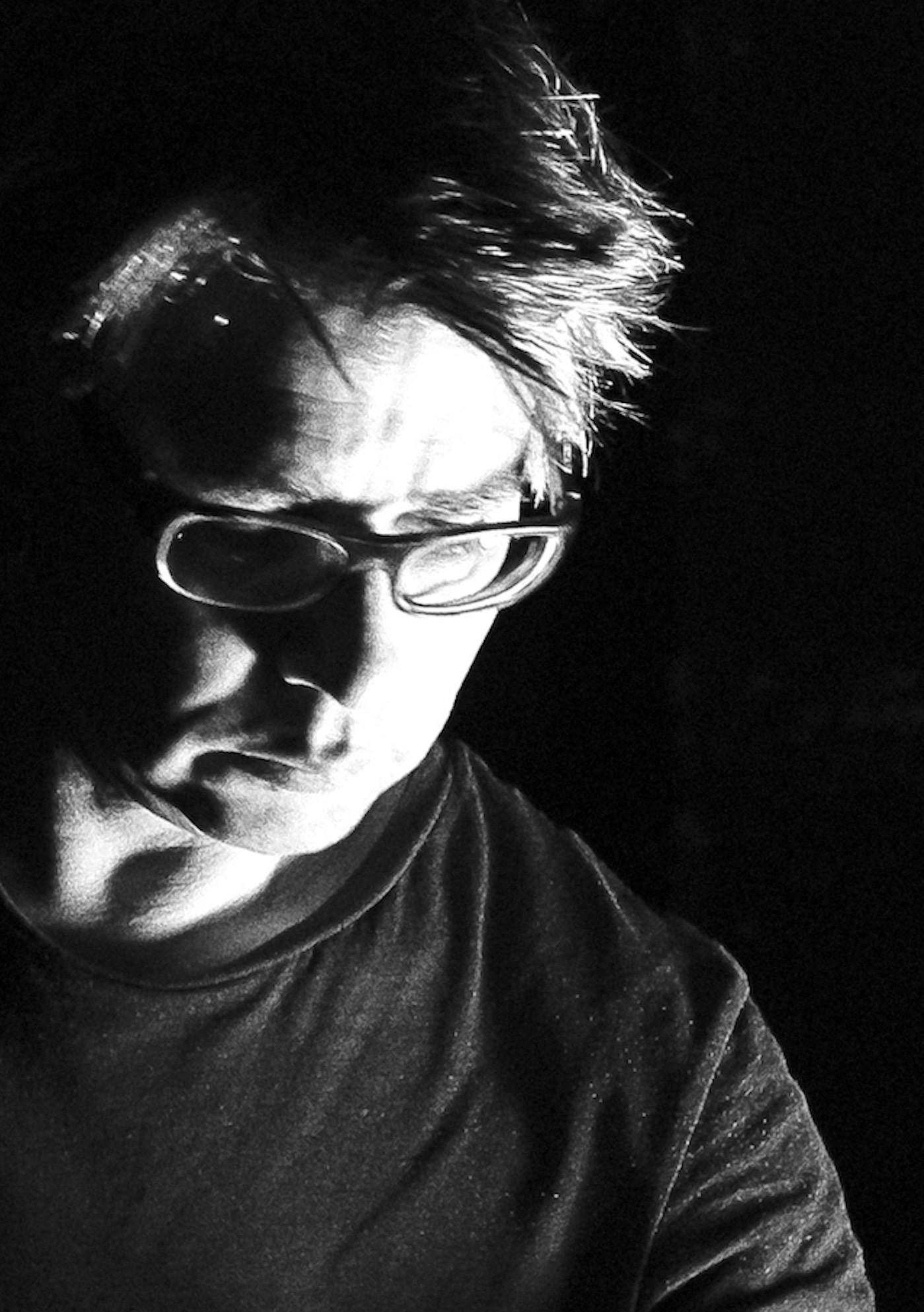 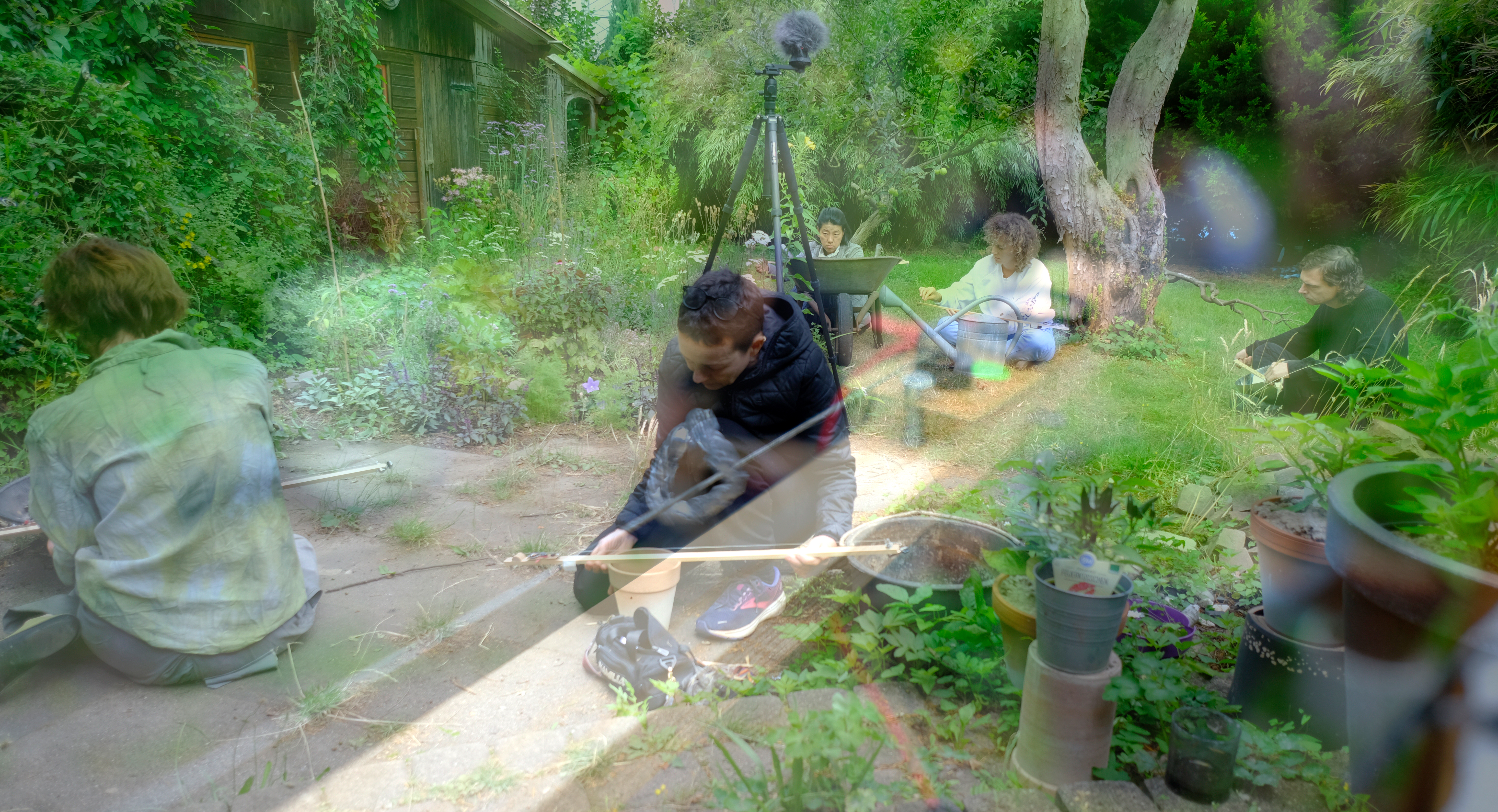 Yan Jun, based in Beijing.

sometimes he performs with a plastic bag at the audience's home.

"i wish i was a piece of field recording". 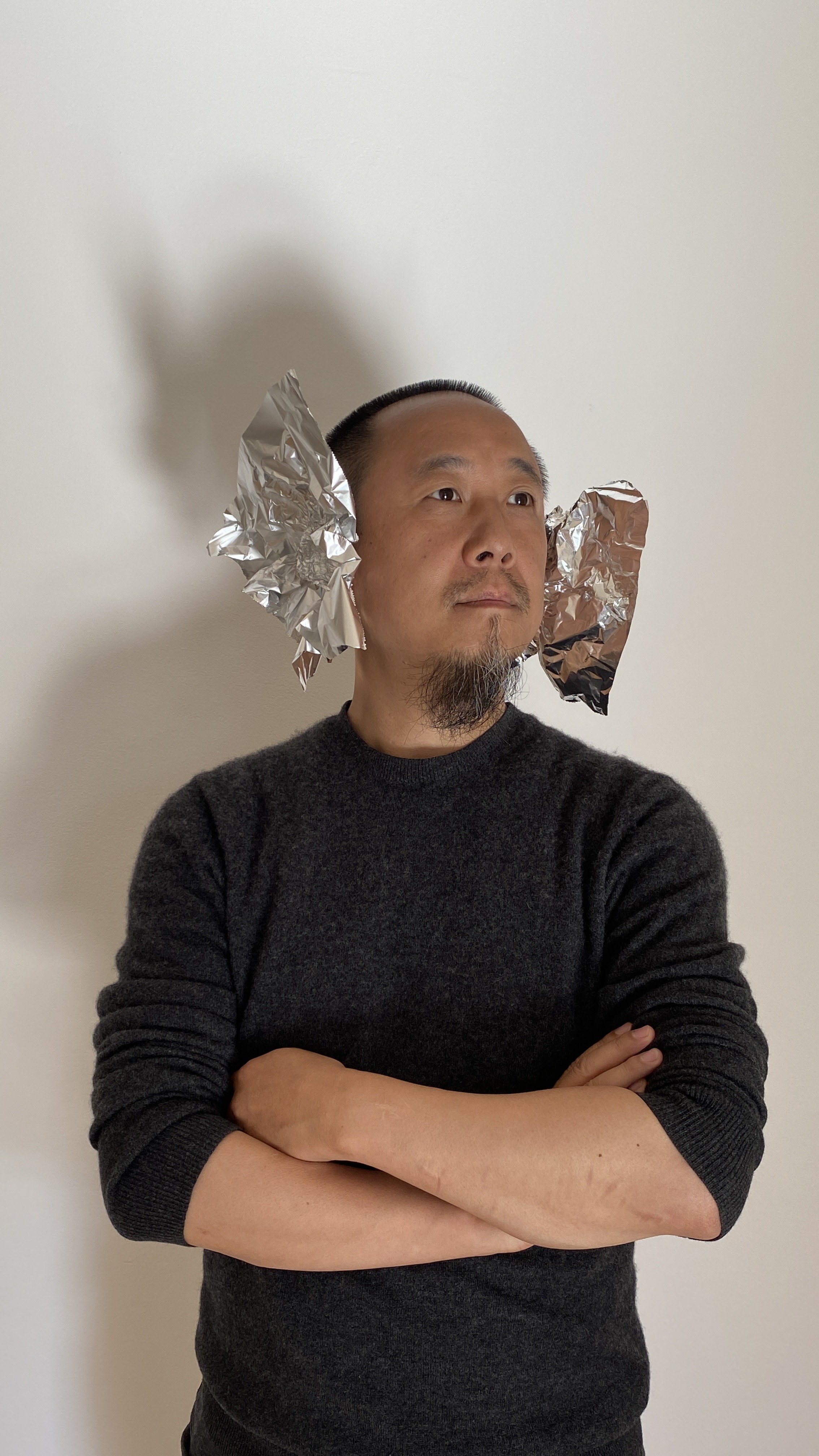 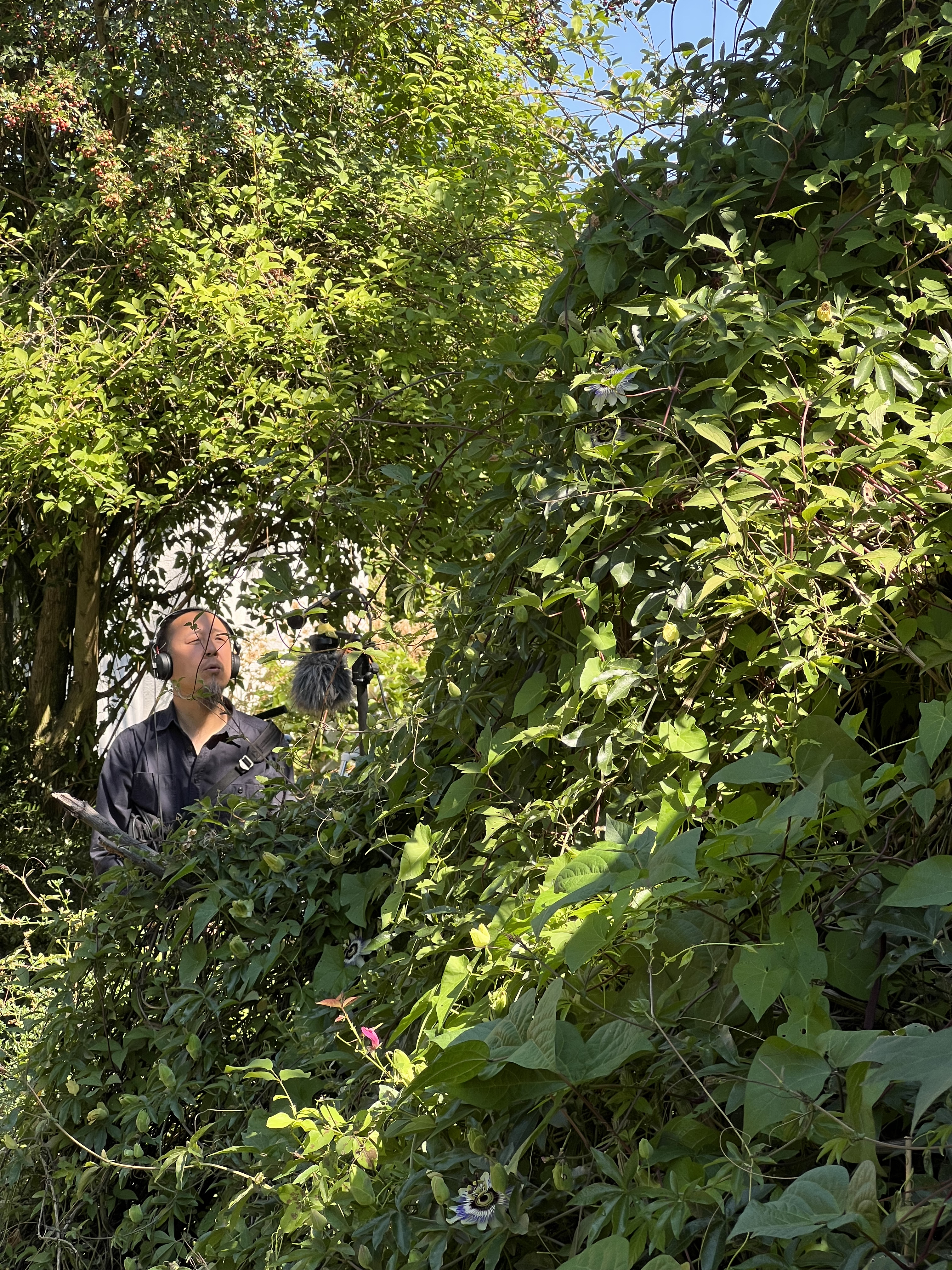 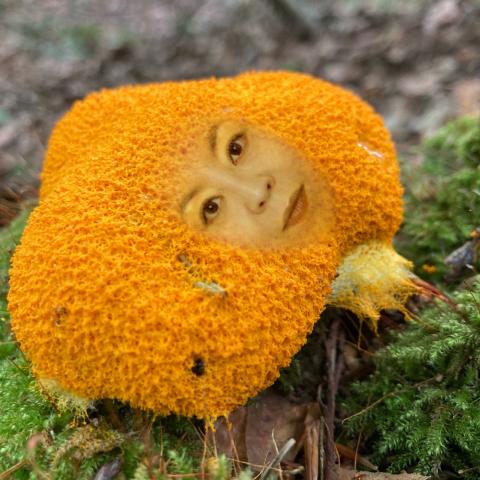 Echo Ho is a Beijing born Cologne-based sonic artist and performer. Her artistic practice goes beyond sound, music, and performance by consistently bringing together different media forms, materials, and genres at the intersections of art, philosophy, culture, and technology. Her works embody artistic storytelling forms that engage with other culturally shaped concepts from a worldview, media history, and socio-political perspective. She began from an old idea; art is not a form of representation but a potent force that constantly shapes our world. She envisions breaking through the closed, predetermined cultural frameworks to seek greater connectedness amidst Earth's lives and environment. Ho's works have been performed or presented at the He Xiangning Art Museum Shenzhen, Center-A Vancouver, ISEA 2010 Germany, and ZKM Karlsruhe. She was a fellow at the Interdisziplinäre Graduiertenschule für Künste und Wissenschaften der Universität der Künste Berlin, taught at the Akademie der Medienkünste in Cologne and is currently a doctoral candidate at the Tangible Music Lab in Linz, Austria.