Buried Salt proposes to the listener a shifting palimpsest, hovering landscapes, subterrânean sonorous itineraries with or rather against histórical and personal narratives intertwined with radio randomness.

It builds collectively on a contiguity between dissolving and reconfiguring maps, bringing unresolved  "Perec" rabbit holes within spaces, memories, and spirals from unpredictable winds which whisper among stones.

Sebald said, "We learn from history as much as a rabbit learns from an experiment that's performed upon it."

The randomness of spaces invites a  discontinuity of geographies, disconnected or juxtaposed movements dissoluted voices, bring together not only fragmented or interrupted epiphanies, as a miasma of shadows, a "history of countless places and objects which themselves have no power or memory" and dive into dissolution, erasure, disappearance.

A drowning, a falling bridge, a fire in the forest, deathly torture of an immigrant.  Never explicit, as if captured a few seconds after, melted with a background history of colonialism and deaf, unspoken repression, silencing.

Collaboration and participation by

Others by Silvia Coelho, Radio Revolten, and gentle Anonymous. 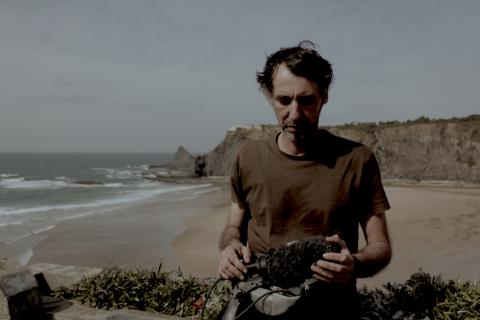 Paulo Raposo is a sound artist, curator, radio producer and occasionally film-maker based in Lisbon, Portugal. He started working on the early nineties in the medium of live electronics, computer music, field recordings, code writing, and exploring intersections of different media, performing, recording and exhibiting works in Europe, Middle East and United States.

As co-director of RadiaLx – International radio festival in Lisbon, he commissioned thousands of hours of radio art from around the globe, and w Sirr  promoted challenging experimental sound art, publishing and bringing forward more than one hundred challenging sound artists.