Observation Is Not A Crime is a 22-hour long radio production piece that uses sonic materials from my Lagos sound archive, and my travels in different cities around the world, to extend my engagement with the subject of people, politics, and power.

The title of this piece was borrowed from the song “Observation Is No Crime” by the Nigerian musician Fela Anikulapo Kuti, in his 1977 album, Zombie, where he catalogued his observations of the oppression and corruption of the Nigerian military regime of the 1970s.

This album with his 22 tracks are my observations of the politics, economics, systems, policies, and daily lives of people in the foreign cities I have been immersed in. As a visitor, I am constantly observing.

I’m interested in how the vibrations of urban spaces are sonically sculpted, and how the line between noise and sound is constantly shifting. The definition of ‘relevant music’ and ‘irrelevant noise’ today depends on the listener in question, being either a participant or an observer, a guest or a resident.

From the generator sounds in the city of Lagos, and the metro in London, Montréal, and Zürich, to the birds in the city of Verona, and the Bagpipes dotting the streets of Edinburgh. From the soundtrack of the UK Home Office, the alarms at the EU visa application centres, and the daily official coronavirus updates, to the no signal TV beep, the beeps at the supermarkets and the ATM machines. All of these, sound a note of familiarity, and also give tonality to our daily politicking, and rituals.

Borrowing from the aesthetics of Slow Cinema, this durational sound piece lays emphasis on stretching, slowing down, and repetitiveness, and while little to no narratives characterizes Slow Cinema, the use of radio as a medium for facilitating political, economical, and social dialogues characterizes, Observation Is Not A Crime.

All tracks mixed and Mastered by JAH 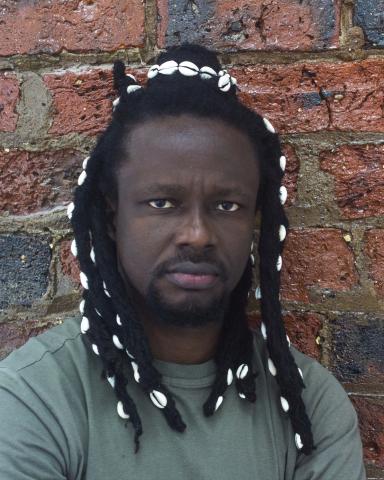 Ayọ̀ Akínwándé is an interdisciplinary artist, architect, curator, thinker, and writer. Working across lens-based media, installation, sound, and performance, his practice deals with topics that intersect with the notion of people, politics, and power. He explores power dynamics, the relationship between the“powerful” and the “powerless,” as it manifests in the multi-faceted layers of the human reality. He is interested in the flow of information in global democratic discourses, and how it reflects existing power structures. His ongoing project “Archiving the future,” a long-term research work involves collecting and archiving social media screenshots, and sound recordings of conversations at the bus stop in the city of Lagos. His long-term exhibition series “Power Show,” creates visual monologues and dialogues on socio-political realities in his society as he incorporates architectural processes in a spatial detailing and sectioning of his ideas and thoughts, to evoke both intimacy and monumentality. Akínwándéco-curated the 2017 Lagos Biennial, and was also a participating artist in the exhibition held at the Nigerian Railway Museum. He was selected for the 2nd Changjiang International Photography and Video Biennial and was part of the “Chinafrika-under construction” exhibition at the Museum of Contemporary Arts, Leipzig. In 2019, he presented solo exhibitions in Nigeria, Scotland, and Cuba for the 13thBienal De La Habana. He is a contributor to the book “Asiko: On the Future of Artistic and CuratorialPedagogies in Africa” by the Centre for Contemporary Arts Lagos. His works and writings have been featured in Art Africa, Dienacht Magazine, Omenka Online, PoetsArtists, Contemporary&, The Sole Adventurer, Somethingweafricansgot, and People’s Stories Project (PSP), Art Momentum, and other journals and publications around the world. Akínwándéis a recipient of the 2021 Prince Claus Seed Awards, and the 2020Edith-Russ-Haus Media Art Awards. The Fonderie Darling in Montreal awarded him the 2019 Place Publique prize. He is a 2018 ArtX prize finalist, and a finalist at the 2018 ABSA L’Atelier Art Competition, with his work, included in the exhibition at the ABSA Gallery. He has exhibited in solo, and group exhibitions around the world.