“Life is a symbiotic and cooperative union that allows the success of those who associate.”  - Lynn Margulis

Anatomy of a Symbiosis is a sonic exploration of fragility and vulnerability symbiotic bond between soil bacteria Rhizobium trifolii and red clover Trifolium pratense encounters within industrial food production. Composition is a 22-hour sonic close-up sonifying the disentanglement of an union that not only sustains lives of the physically connected plant and bacteria, but also enriches the soil that sustains a plethora of beings on this planet, including humans. 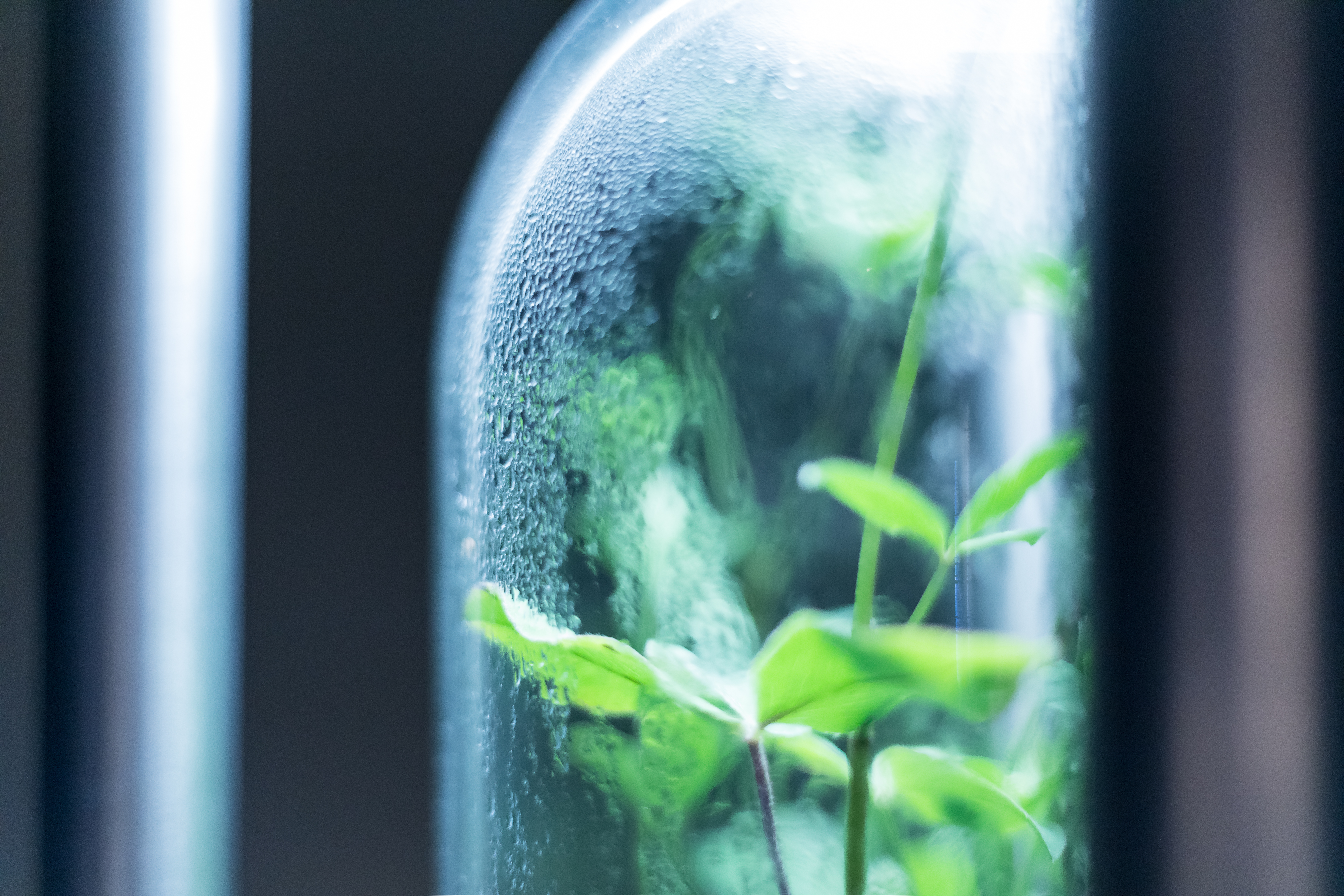 Symbiosis is considered as any type of close and long-term biological interaction between two organisms, on the spectrum between mutualism, commensalism, or parasitism. Initially, Rhizobium trifolii enter the plant as parasites, but due to the mutual benefits that arise between the species this relationship then transforms into a mutualistic one. Nodules develop on the clover root system, which the rhizobia colonise. The clover thus provides good conditions for the survival of the bacteria – giving them a home and carbon in exchange for nitrogen. However, once nitrogen fertiliser used for food production becomes available in the vicinity of plant roots, red clover abandons the symbiotic bond and root nodules disappear. 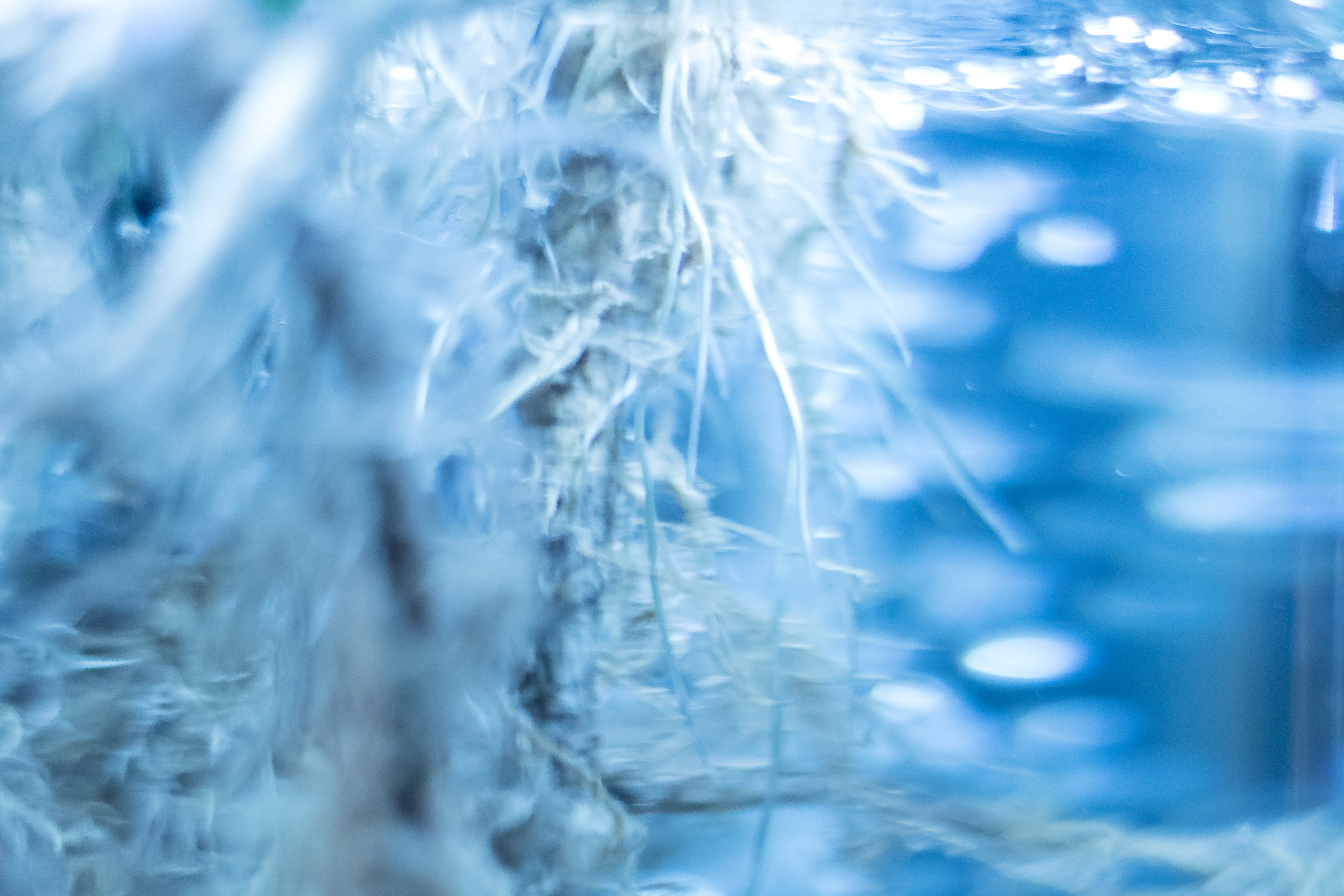 Roots of red clover with nodules

Due to fertiliser application in the agricultural industry symbiotic relationships that fix nitrogen into the soil, such as the relationship between red clover and rhizobia, are less needed and in decline. Fertiliser production consumes approximately 1.2% of the world's total energy on an annual basis. Ammonia production accounts for the bulk, or approximately 90% of the industry's total, with approximately 166 million tonnes produced annually. Synthetic fertiliser thus becomes responsible for the larger displacement of such symbiotic relationships as red clover and rhizobia bacteria share. 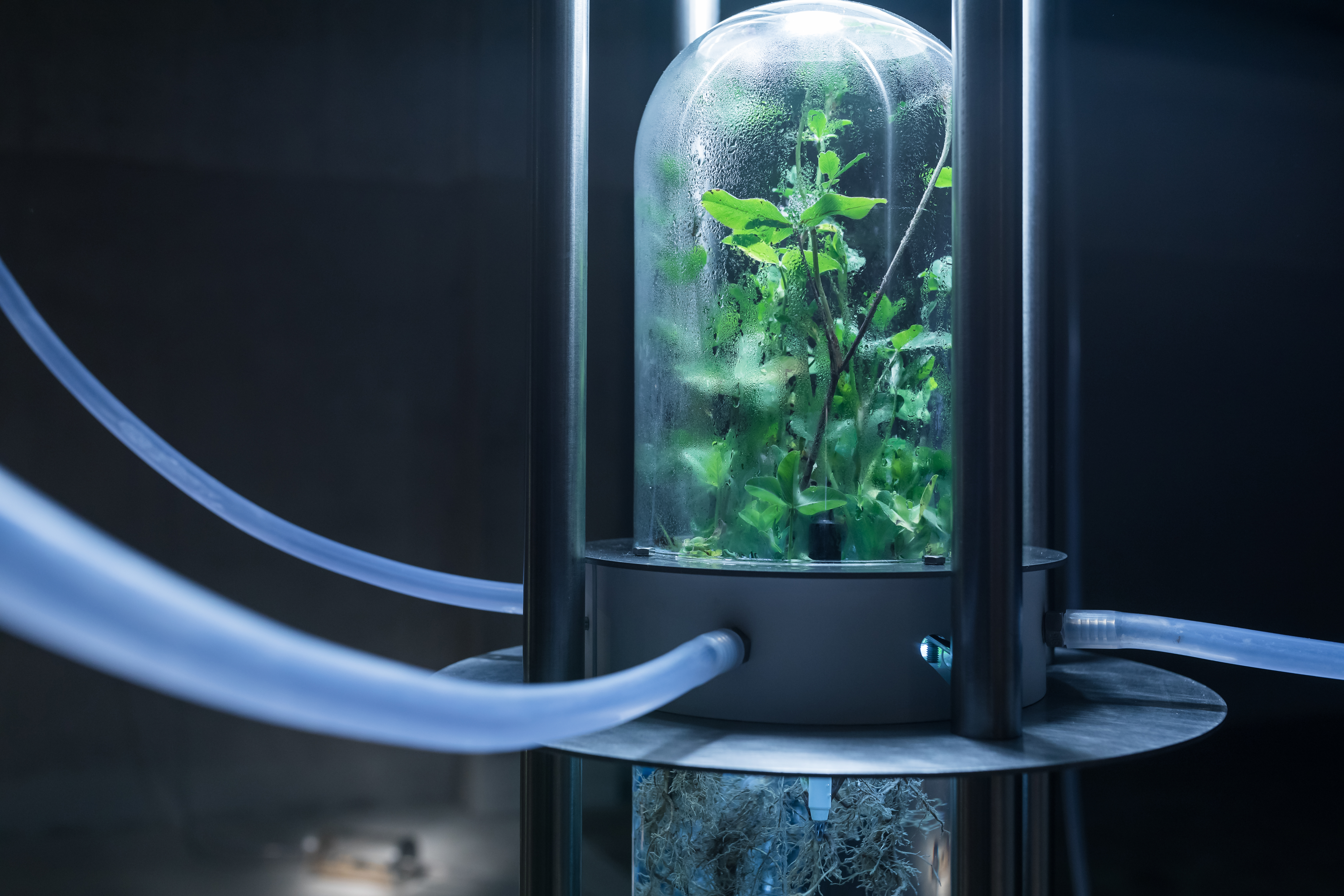 Data for sonification of Anatomy of a Symbiosis was sourced in a hydroponic chamber of a biotechnological installation Symbiome - Economy of Symbiosis by Saša Spačal and Mirjan Švagelj, where favourable environmental conditions for symbiotic bonds were created.

Miniature ecosystem was inhabited by red clover and rhizobia, where the pH levels and light conditions were being recorded in the span of 22 hours. Data for sonification was recorded from 14 o'clock to 12 o’clock next day thus matching the Radio Art Zone transmission timeslot. Gradually nitrogen fertiliser was introduced to the hydroponic liquid, which caused a drop in pH levels and the disentanglement of the symbiotic bonds. Recorded data was used in the real-time sonication process and in post-production.

As a time document Anatomy of a Symbiosis records relational transitions and progressive loss of connections caused by agricultural practices for a random 22 hours in controlled experiment, while bearing witness to a precious processes buried deep in the grounds that support and sustain us. 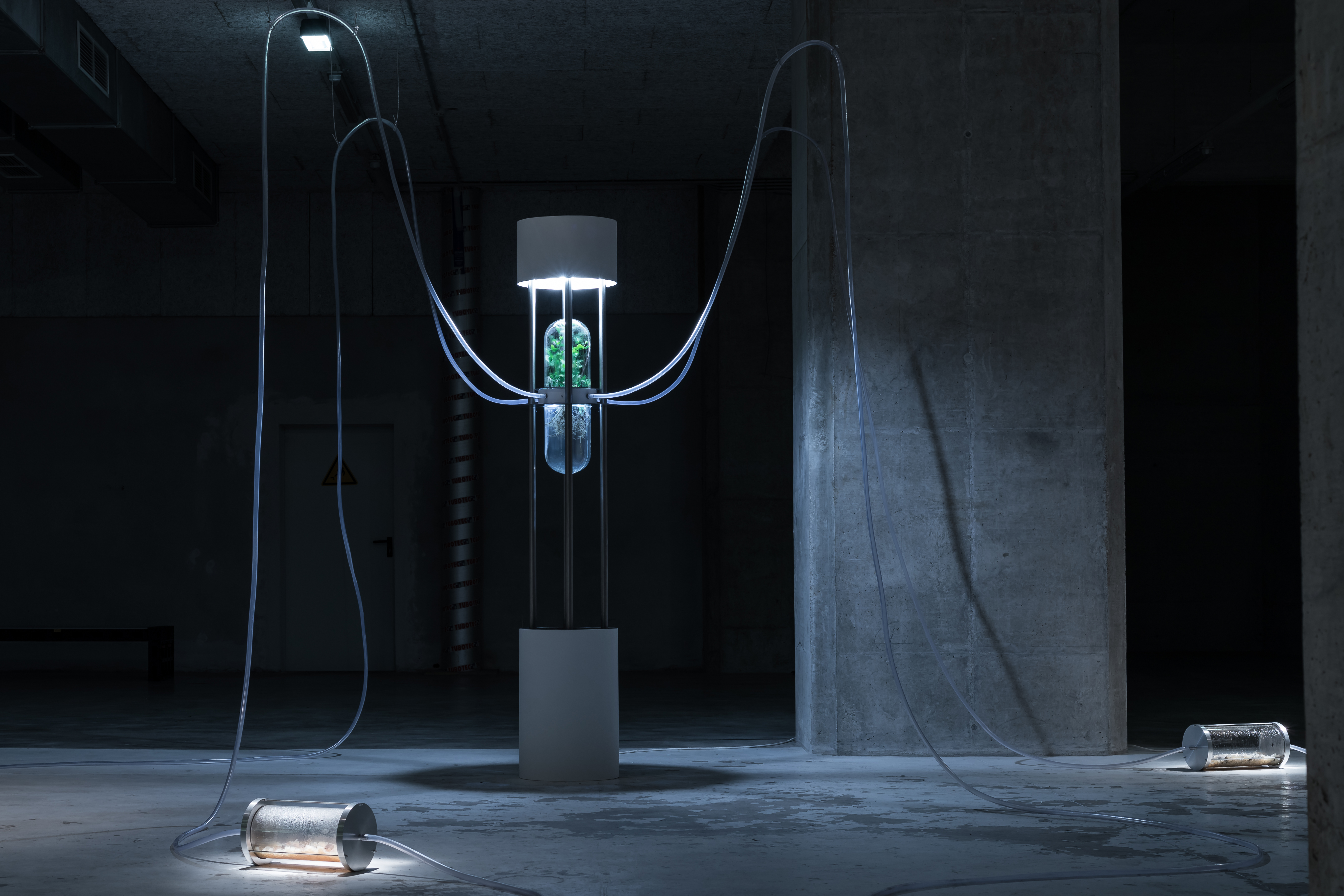 Pim Boreel is an artist and curator who works at the intersection of sound art, composition, and experience design. In his work, he explores other-than-human narratives by translating living systems into imaginative sonic landscapes and experiences. He pushes the possibilities of multi-sensory storytelling by sonifying and specializing creative concepts for a diverse spectrum of contexts such as performances, virtual reality, art installations, films, and music productions.

Mirjan Švagelj, PhD is working in the field of biotechnology and has published several patents. Currently, he is working as head of bioprocess development and is actively researching technologies for a sustainable future. In the context of art practice, he collaborated on numerous projects with Saša Spačal internationally. 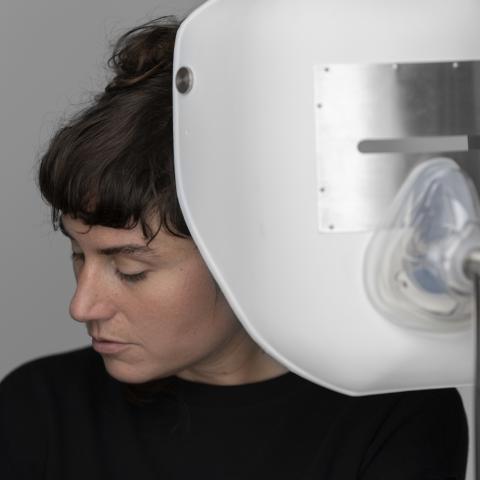 Saša Spačal is a post-media artist working at the intersection of living systems research and contemporary art, focusing on entanglements of the environment-culture continuum and planetary metabolisms. By developing interfaces and relations with soil agents, she addresses the vulnerabilities of the posthuman condition which involve the entanglement of mechanical, digital, and organic logic within contemporary biopolitics and necropolitics.