Decades-long forced and illegal displacement. Daily lives are defined by Palestinians' refusal to abandon their land in the face of enormous Israeli pressure.

Ethnic cleansing… The abuse of Palestinian communities is beyond the comprehension of those who have not witnessed it. Daily physical or psychological violence from the Jewish settlers, under the protection of the occupation forces.

This is a sonic voyage of Palestinian popular resistance. Documented at some of the many locations where it has frequently manifested since the beginning of the occupation, 74 years ago. The recordings were made between January and July 2022. Most of them during the period of Ramadan. Dates, locations and names of some narrators are announced before each segment of this voyage. 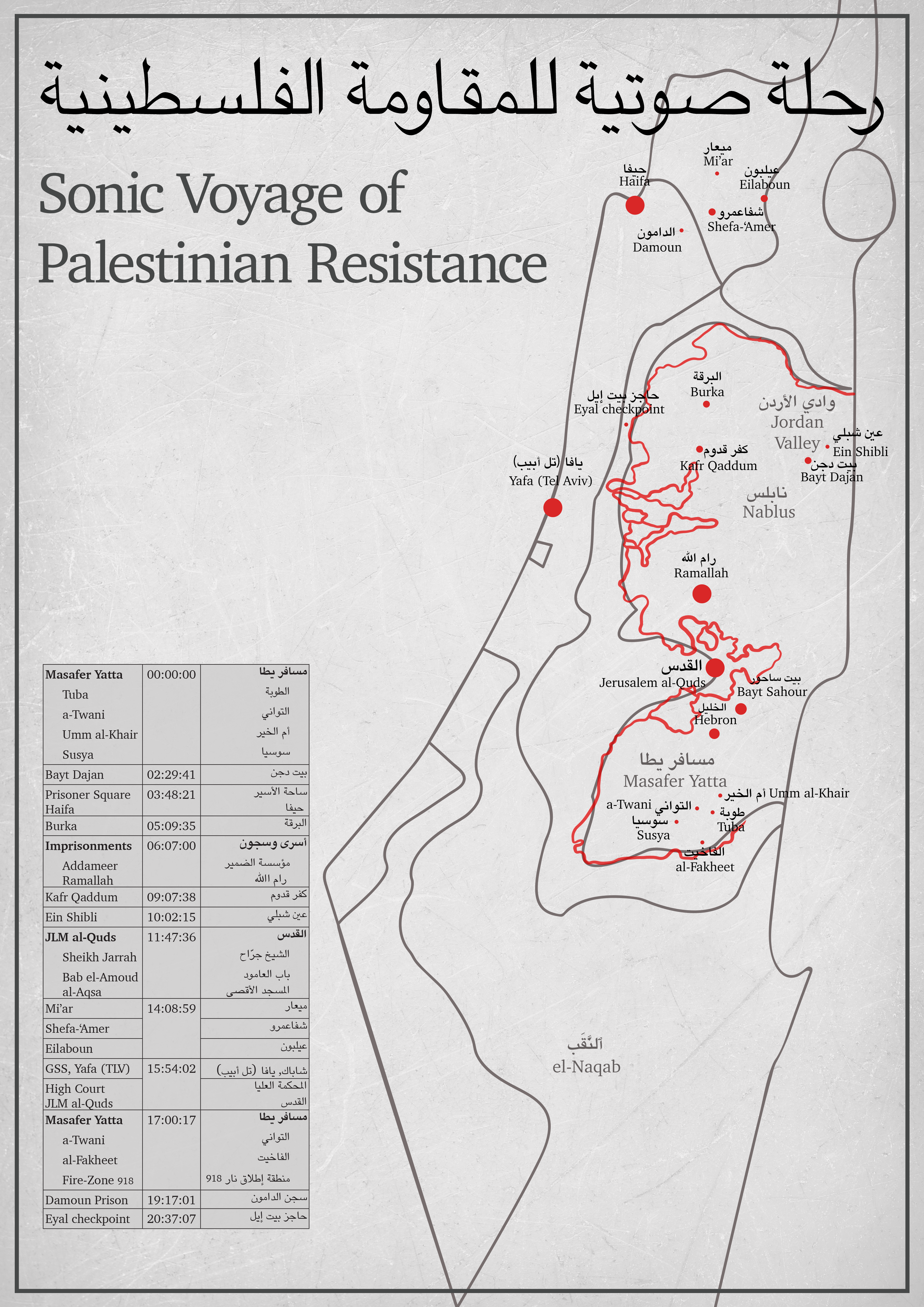 Hirak Haifa - Protest against  the occupation’s army and police brutality at al-Aqsa mosque, during Ramadan.

Maher al-Akhras, from the show “Hunger for Justice” produced for Radia.fm

Compiled and edited by Dareen Tatour

‘From inside the cell, I heard you mother, calling me’, Mais Shalash.

Prof. Ilan Pappé, Director of the European Center of Palestine Studies at the University of Exeter, Britain.

Musa Segher, Association for the Rights of Internal Refugees, Shefa-‘Amer.

’No Human Rights For Arabs in Israel’ by Muslimgauze

Maher Hanna, defense lawyer of Mohammad al-Halabi - former head of the US based charity World Vision in Gaza.

A sonic lament in memory of the Palestinian children that were killed by the occupation forces in Gaza and the West Bank during May 2021. The eighty two names and ages of the children were collected by the Palestine ministry of Health and activists in Gaza. Narrated by poet Dareen Tatour. Introductory text based on “Israel chooses violence” by Haggai Matar for +972 magazine. Materialised by Meira Asher and Dareen Tatour at radioart106 for radia.fm.

Conceptualised and produced by Meira Asher for RadioArtZone 2022.

Developed with the assistance of Dareen Tatour. 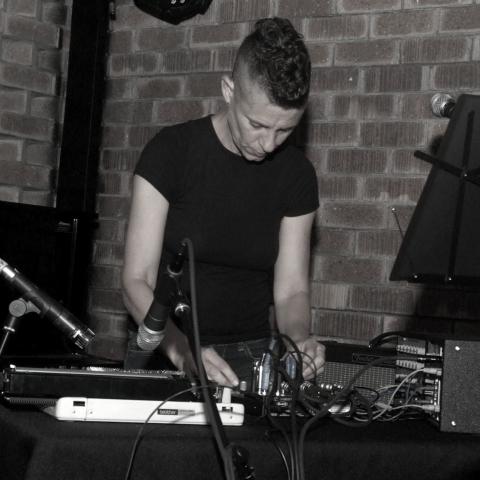 Composer, performer and Human Rights activist meira.asher primarily uses the medium of Sound art and Radio art. Graduate of CalArts and KonCon, she was co-founder of the bodylab art foundation with Guy Harries (2001-11) where they produced several projects including Infantry and Woman See Lot of Things.

She is a lecturer at Haifa university's Art School since 2012 and producer of the independent Radioart show radioart106 since 2014. Her works were released on Crammed, Sub Rosa, Auditorium, Raash Records and Ultima Ratio labels. Her recent works include TANSIKتنسيق for Radio Reina Sofia Madrid, Antonin Artaud’s radio essay To Have Done with the Judgement of God and Colonial War and Mental Disorders by duo Asher. Zax and Dave Phillips, based on Frantz Fanon's writings. Follow @meira.asher