Chapter 1: For the Love of Captain Nemo

Chapter 4: A Bird A Ghost

Chapter 8: The Slow Marriage of the Kraken

Chapter 9: Whatever They Said (The Air Took It)

Chapter 13: Sleepwalk On A Timeline

Chapter 15: Out Of The Dirt Into The Pocket

Chapter 16: Songs For The Sheepless

Thinking of waves, thinking maybe of radio, I imagined a wave… sloshing/rolling on for 22 hours. As in an ocean, a wave does not exist by itself. It moves with others in intricate patterns and feeds on the energies of the wind. Small ones at first, all miracles of physics, they become a 4-dimensional being, rolling over, licking, and spitting.

Here, these waves are all field recordings. Roughly edited, crinkled, rubbed over, and folded over, many untold, scraped out from undated folders. In short, all I could find on my hard drives.

Each wave field is constituted by sets of mindful-magnetic attachment and randomized choices among recordings of a kind. A balance of order and disorder expressed in paired or mirrored timelines in one piece. There are loops down below the surfaces… some very recognizable, others mimic invisible relations. Some pieces just bob up and down next to interspersed debris and waste. Parallel narratives touch the shoreline at different points.

There are waves and there are in-between-waves, gushing with amoebae, plankton, and micro-plastics.

Planning a wave is near impossible, it is an infidel to the laws of mechanics, and it has its own spell(ing). This was my plan:

A wave builds up, slowly. Maybe unnoticed at first. Maybe it decides not to become a big wave but to disappear among other audio dimensions. At some point in time, it becomes a BIG wave. With a foamy crest fashioned from shortwave fragments.

Air tears at the water. The molecules will rub against each other, will jump up in the air, will be taken up by stormy winds to encounter seeds and scents. A shoreline comes into sight. Bells ring out. All waves finally become awash against a rocky beach.

There are pools in between the stones, blinking hide-aways where marine animals shine their claws and algae dance. The pools are closer to the human world: a singing pool, several ones haunted by ghosts and other stories, puddles of doubt and debris, a garden patch, a basin filled with sounds fallen out of pockets, a culinary night market…

Waves offer no paths. Our mind, in a nutshell, floats on them. I got lost, often – while recording and while listening. Just like it happens with most radio waves.

The seas are open.

I owe many of these recordings to the kindness of friends, colleagues, hosts... and unknown strangers. Thank you all!

Thanks also to Ernst Markus Stein, who introduced me to the world of copying machines. 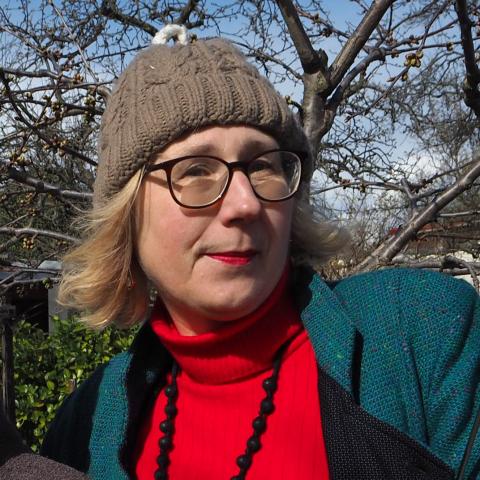 Gabi Schaffner works as a trans-disciplinary artist within the realms of radio art, musique concrète, and performance. Her artistic practice is determined by the methods of poetic ethnography in connection with fluxus-like mise-en-scènes, radio-making, and composition. Much of her work originates from journeys. Next to her radiophonic productions, Schaffner creates speculative musical genres and inserts them into music history in order to raise awareness of cultural, gender-related, and/or geographical conditions.

Schaffner has been realising award-winning productions with Deutschlandfunk Kultur, radia.fm, Hessian Cultural Radio, and ABC Australia. Since 2012, she maintains “Datscha Radio”, a nomadic transmission project that links the medium of radio to current ecological issues. As a writer and translator, she has published numerous texts; most recently: "RevoltenDiaries", in: Radio Revolten, 2019. She holds a MA in literature and ethnography and a diploma in visual communication. Gabi Schaffner lives in Berlin.