The ongoing series What can a phrase such as 'natural course' mean anymore in a time of such intense production? is comprised of discursive sound and performance pieces that take place in the context of displacements of the artist into new geographic and institutional relations within limited time periods.

While artistic engagement is often associated with the new in an idealised sense, such terms — often given by the residency, the overseas exhibition, or project agreement — are pragmatic restraints which size fit the open leaps of discovery into the systems and infrastructures of bureaucracy, cultural funding, and the art industrial complex. The series responds to these terms in various ways, embedding failed objectives, performance anxiety, and transgressions of labour and leisure into processes which become the work itself.

For the Esch edition of What can a phrase such as 'natural course' mean anymore in a time of such intense production?, responding to the prompt of a 22-hour broadcast with a live, durational exercise already begs its own defeat. But this time, without being present in the environment where the broadcast airs, the challenge is to create a translation of the ‘narrowcast’ from the materiality of the artist’s studio to a narrative space that catches up to the broad cast of the sociopolitical. These stories form an archive of maybe shouts and maybe whispers, to be triggered in the form a self-directed oral game with possible intervening players.

Listen to other versions in the series here. 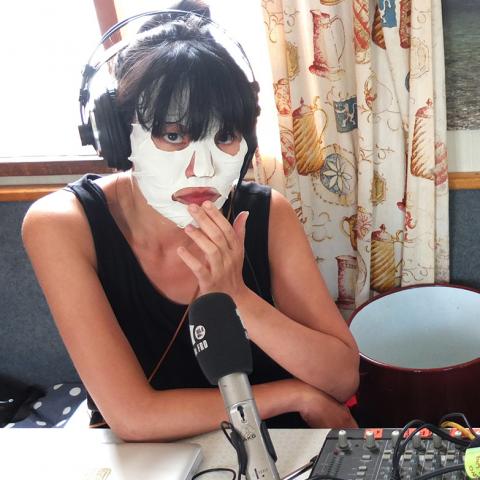 Elaine W. Ho works between the realms of time-based art, language, and urban practice, and what this really means is that there are many forms of study, and many kinds of people involved. These are questions about a latent commons, questions about the sociopolitics of syntax, and questions about voices in a social space. She has worked with audio recording since 2003, but her first experiment with radio broadcast took place in 2016 from a boat on the Danube River. Listen at www.widowradioching.stream.